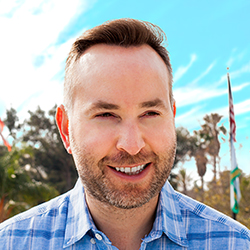 Matthew Craffey is the President of Log Cabin Republicans of Los Angeles, as well as the Chairman of Log Cabin Republicans of California. He has been active with LCR for the past 5 years, but got his start in LGBT activism in 2000 when he became the youngest member on the board of the Ventura County Rainbow Alliance. In his spare time. Matthew writes political opinion-editorial pieces for various publications, writes and records music, and is active with his local car clubs. He ran for the 50th Assembly District seat in the California State Assembly in 2016, and currently is the Director of Prospect Management and Analytics for UCLA. 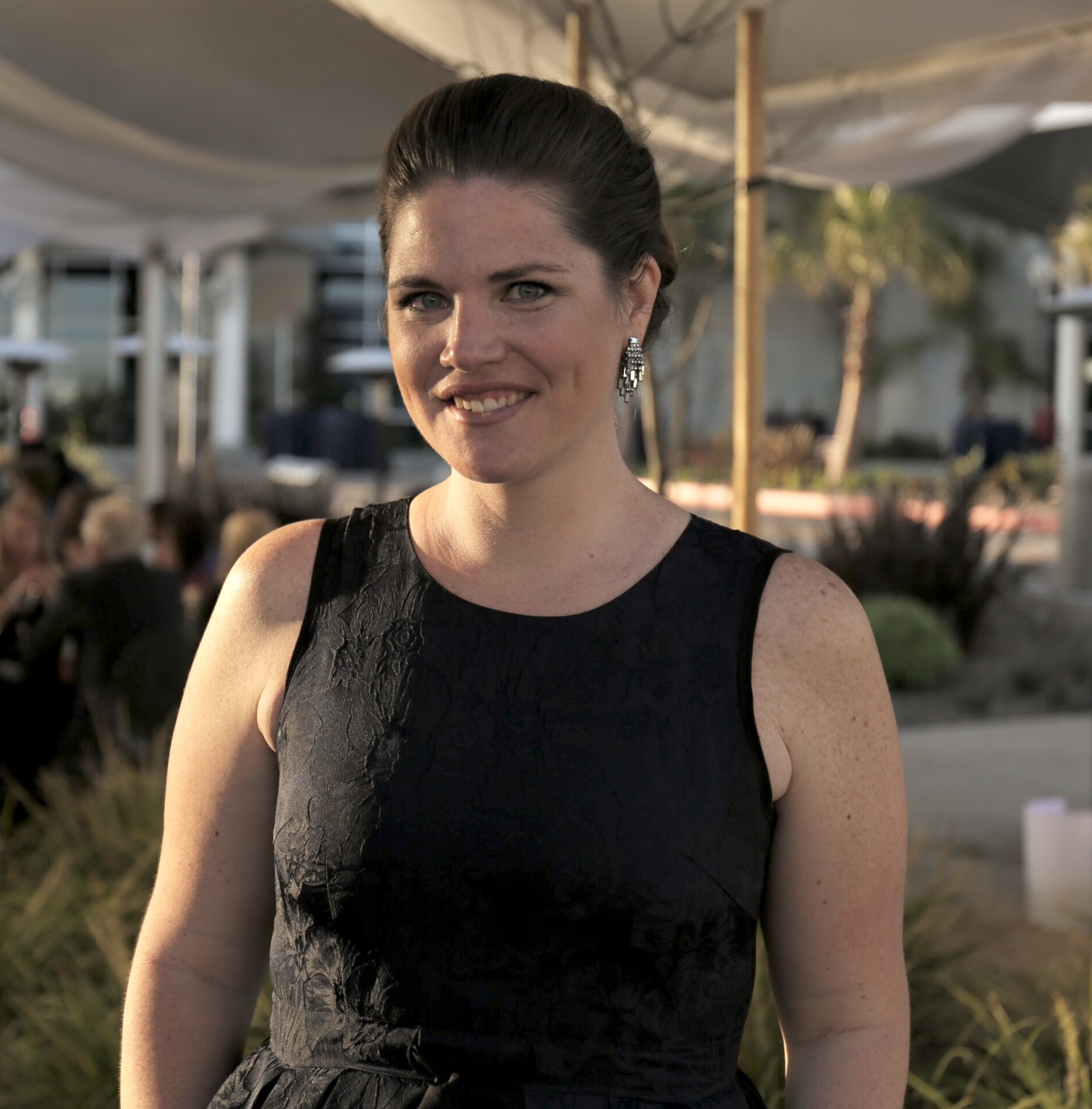 Lindsey Stetson is the Vice Chair of Log Cabin Republicans of California and a member of the Ventura Chapter. While Lindsey’s involvement in LCR dates back to 2014, her commitment to the Republican Party began a decade earlier as a College Republican. She went on to serve as a county central committee Executive Director, both in Santa Barbara and Monterey; a state board member of the California Young Republicans; the Second Vice President of the Republican Women Federated Monterey Peninsula chapter; and as a delegate to the 2012 Republican National Convention.   Re-elected to a second term in 2021, she also serves as the California Republican Party’s Central Coast Regional Vice-Chair and is the Chair of the Recall Committee. Residing in Ventura, she continues to support the county central committee as their Second Vice Chair. Professionally, she is a fundraiser focused on event fundraising, event planning, and major giving.

Jesse Bluma, Orange County native, is a teacher, business owner, and serves on the board of Log Cabin Orange County.  His political experience includes working on campaigns and propositions at the local, state, and national level.  He loves

Orange County and is devoted to making California a sustainable community for all.

Prior to college, Jesse attended Fountain Valley High School and earned Honors in Visual and Fine Arts and in Industrial Technology. 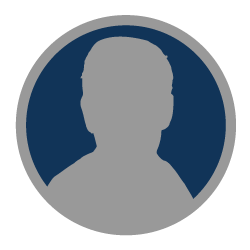 Adam Paul Levine holds a BA in painting from Pomona College and a masters in economics from the London School of Economics, with a dissertation in the political economy. He is founder and CEO of the home restoration business Marc Sid Limited, and resides in Los Angeles, California with the most important cat in the world, Jean Valcat. 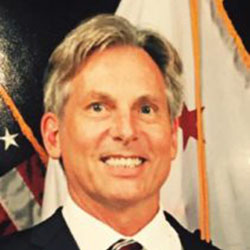 Gregory Gandrud graduated with honors from USC and is President of Gandrud Financial Services. He has served on the Carpinteria City Council and on the boards of the Santa Barbara County Republican Party and the California Republican Party. He was appointed by Governor Schwarzenegger to California's Recreational Trails Committee and served as an Alternate Delegate for Donald Trump at the Republican National Convention. Greg lives in Carpinteria with his partner Marllus. 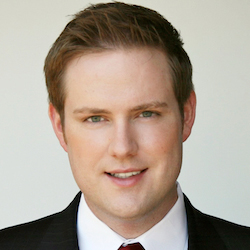 Charles T. Moran - a native of Los Angeles - is a political & non-profit fundraising professional with many years of experience working on campaigns and initiatives from local races to presidential-level events. He has worked extensively in California with clients of all sizes to develop and execute fundraising and public affairs programs and provide executive management of organizations/associations. Charles earned a B.A. in Politics from Occidental College in Los Angeles, and his Masters of Public Policy (MPP) from Pepperdine University in Malibu.

​​​Jason Clark is the President of the Log Cabin Republicans of San Francisco. A lifelong Republican, Mr. Clark has been active in Republican politics for over 15 years. Currently, Mr. Clark serves on the Board of the California Republican Party as the Bay Area Regional Vice Chairman, representing the Bay Area's 500,000 Republicans. From 2016-2019, Mr. Clark was the Chairman of the San Francisco Republican Party. In addition to representing the City's 31,000 Republican voters, Mr. Clark recruited nearly a dozen candidates for local and state office, spearheaded voter outreach and education, and raised over $200,000 for the local party. Mr. Clark has also made over 100 media appearances including appearing on Lou Dobbs and Mornings with Maria Bartiromo. Mr. Clark is also the Immediate Past Chairman of the Log Cabin Republicans of California.

Kevin Krick founded the Log Cabin Republicans of Marin County in 2014 and currently serves as the chapter president. His activity in the Party started while as a member of the Berks County Young Republicans. From there, he went on to hold an appointment in President George W. Bush’s Administration as the Senior Advisor for Maritime Policy.   After moving to California, he served as Chair of the Marin County Republican Central Committee, Chair of the California Republican Veterans Association, and Bay Area Regional Vice Chair for the California Republican Party. Kevin’s professional career in the maritime industry includes appointments to the National Maritime Security Advisory Committee and the Smithsonian Environmental Research Center’s Advisory Board. Additionally, he holds commissions as a Captain in the U.S. Navy and as a Rear Admiral in the U.S. Maritime Service. 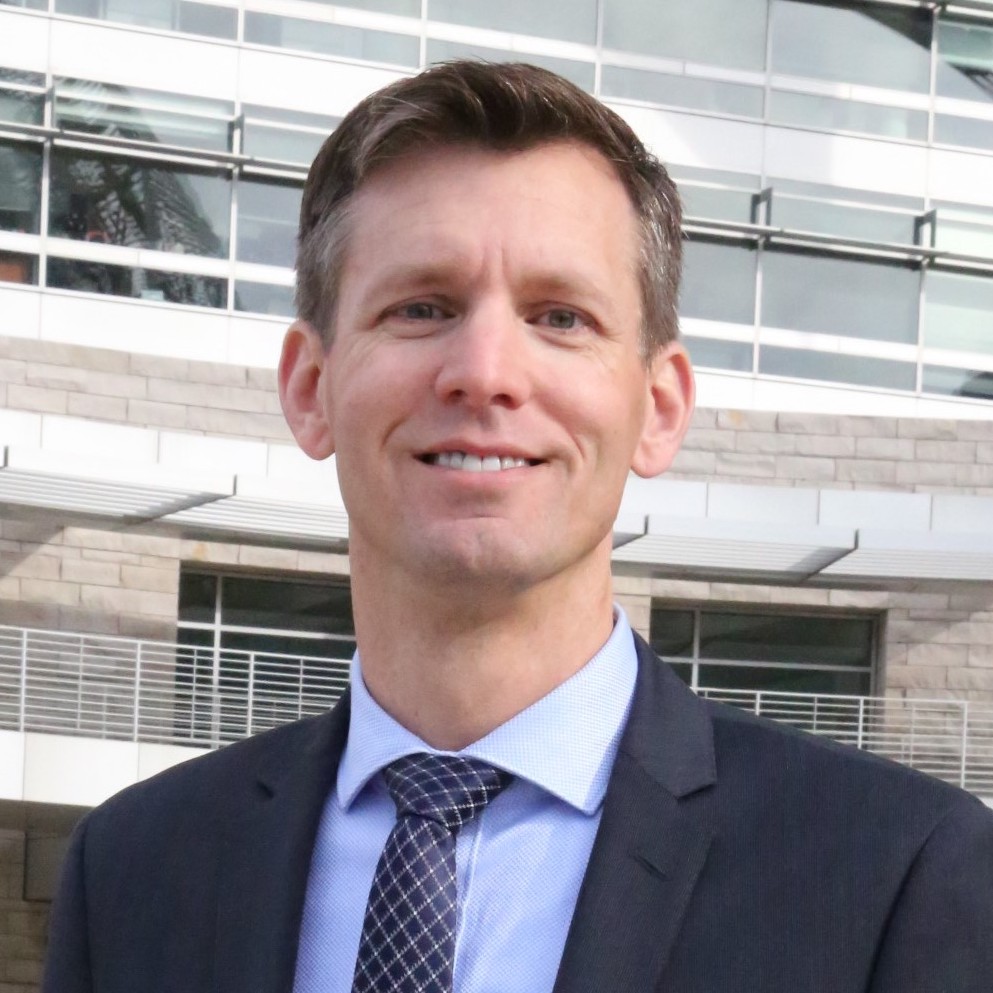 Shane has been active in Log Cabin Republicans since 1998, after relocating to San Jose from Central New York and has been active in the Republican party since first serving on the Amherst Republican Committee in Erie County, New York from c. 1988-1991, then on the Oswego County Republican Committee from c. 1992-1997. He has twice been a candidate for State Senate, and is past Treasurer and Vice Chairman of the Santa Clara County Republican Party. Shane was a 2020 Alternate Delegate for President Trump and hosted a political interview show, The Right Side, on KMVT, Mountain View. Shane currently serves as Chairman of the Santa Clara County Republican Party, leads the Log Cabin Republicans, Silicon Valley chapter, and is a CAGOP delegate.
Shane has an MBA in Accounting, a BS in Business Administration. He previously worked in the private sector as a business unit controller and, for the past ten years, served two separate Councilmembers in America's 10th largest city, San Jose, California, in roles such as Budget Director (2 years) and Chief of Staff (8 years).
You'll find him on Twitter & other social media @shanepc1

Robert is the president of Log Cabin Republicans of Fresno. Robert graduated with his BS from San Diego State University. Robert started working for congressional campaigns in 2020. Robert worked for Devin Nunes as an HR/Field Coordinator for his campaign. He is currently working as a Central Valley Field Representative for the National Republican Congressional Committee (NRCC). Robert is also a member of Central Valley Young Republicans. Robert enjoys playing tennis, working out, and spending time with family and friends. 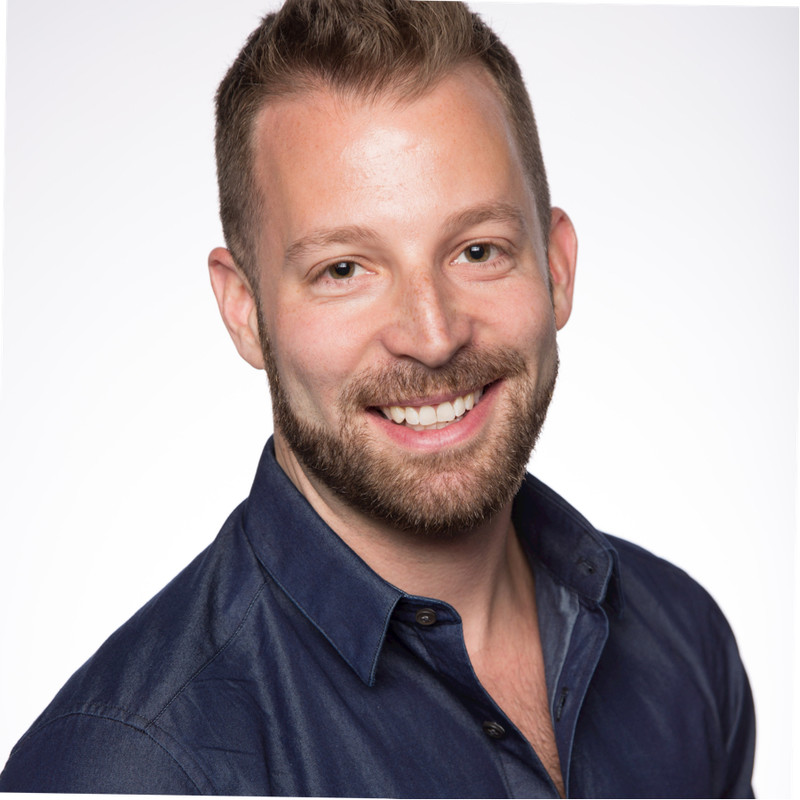 Gabe Eisner works as a tech consultant and has been involved with Log Cabin since 2016 after a lifetime as a devout Democrat, and then an Independent. He attended Tulane University in New Orleans, where he studied linguistics with an emphasis on sociocultural anthropology and gender theory. Gabe speaks Sign Language and Italian, and loves to travel to new destinations. As President of the LA chapter, Gabe's mission is to (1) increase acceptance of the LGBT community within the Republican Party, and (2) bring the national parties together around: media bias, human trafficking, homelessness, child poverty, national debt, climate preparedness, and balancing personal, corporate, and civic responsibility. 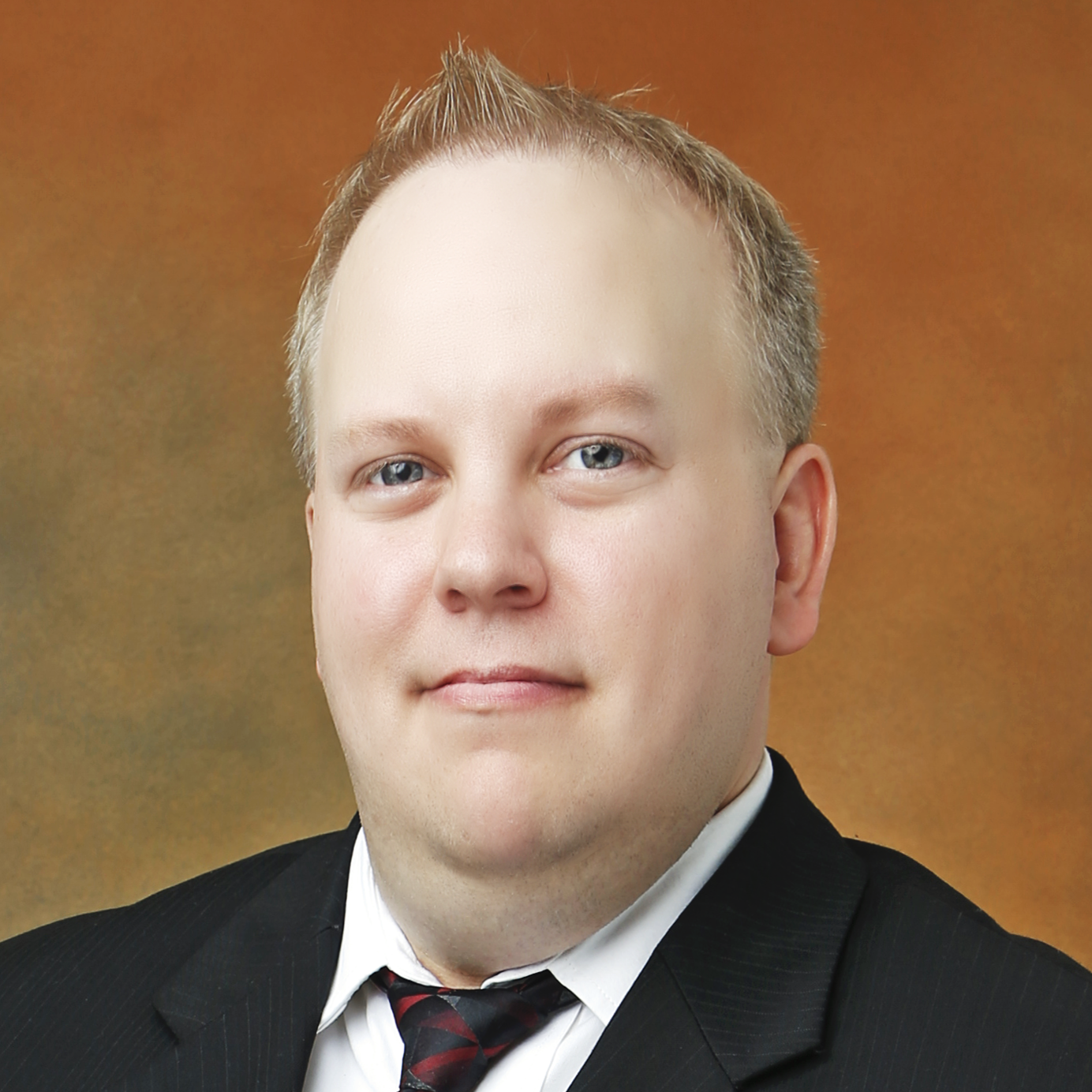 Mr. Merrill earned a Bachelor’s degree in Construction/Civil Engineering from Western Michigan University in 2001 and a Master’s Degree in Civil Engineering from University of Nevada Las Vegas in 2005. John is both a California Professional Civil Engineer and Traffic Engineer, and in 2011, served as the engineer in responsible charge of the nationally recognized “Carmageddon” closure of the I-405 Freeway in Los Angeles. His latest endeavor is serving as President of Log Cabin Republicans of Orange County. 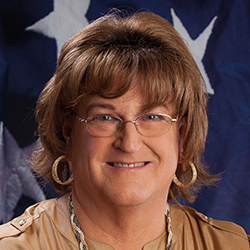 Ms. Roberts is a business woman in San Diego, operating her own engineering consulting business. She graduated from University of California, San Diego with a degree in Chemistry and Economics Minor. 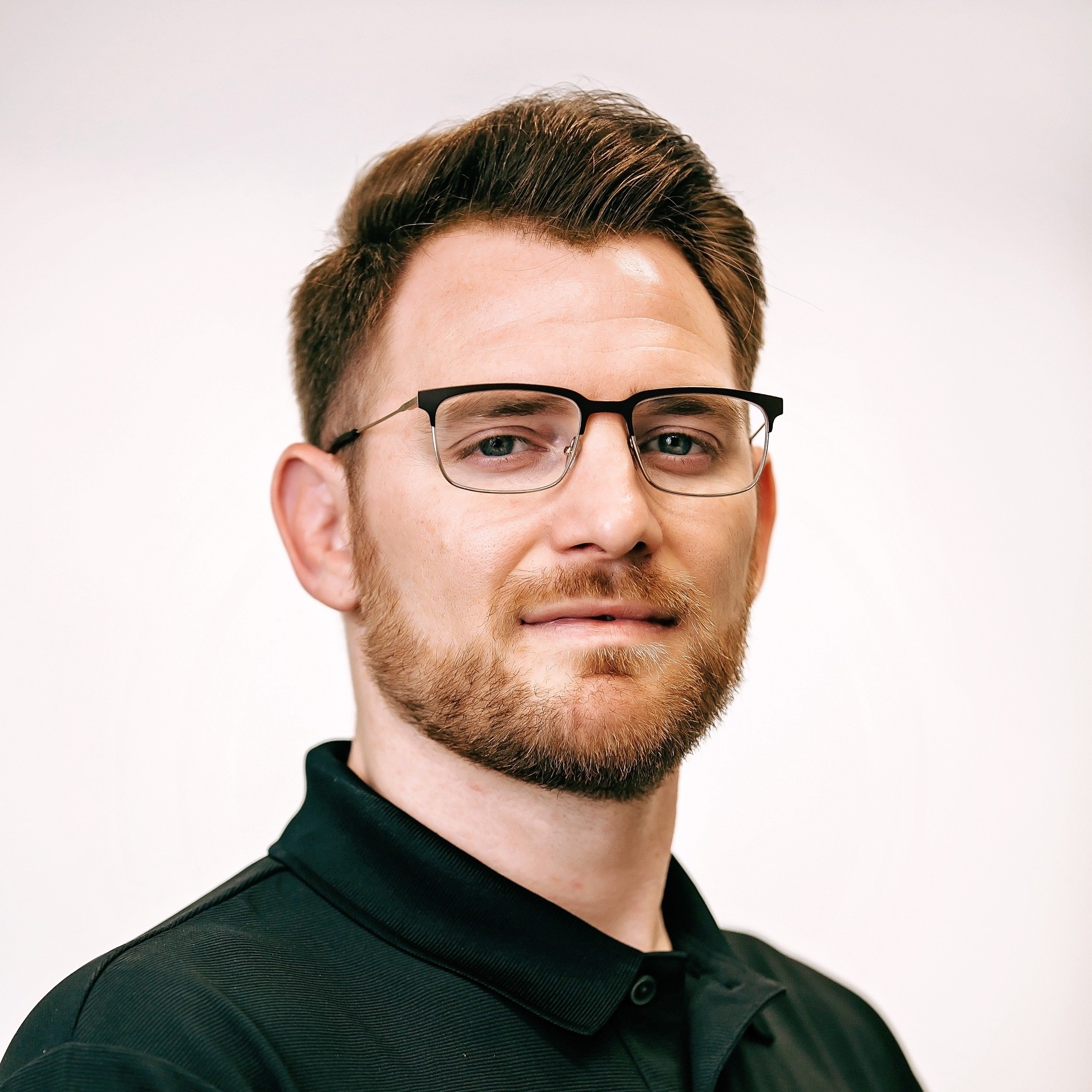 Nick Meade is the President of the Log Cabin Republicans of Coachella Valley.  He earned an Executive Master of Urban Planning from USC and completed his Bachelors in American Politics at UC San Diego.  He graduated Summa Cum Laude at both academic institutions.  During his undergrad, He was selected as a Robert T. Matsui Congressional Fellow and was a legislative intern for Congressman Paul Cook (CA-8) in Washington, D.C.   Nick currently serves on the Board of Directors for the City of Palm Desert Chamber of Commerce (PDACC) and is the Chairperson of the Legislative Action Committee.  He sits on the Board of Directors for the Lincoln Club of the Coachella Valley and is Chairperson of the Political Affairs Committee. 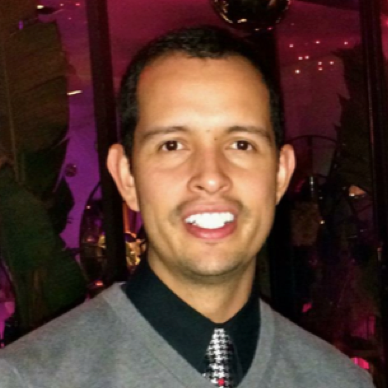 Gavin Flores is proud to have worked hard and lived out the American Dream. As a poor, brown, gay immigrant from Mexico, he has always resented those who play the victim to get ahead--he prefers hard work and good values. His most meaningful and fulfilling work in life is to serve as a foster dad to at-risk and in-need youth. In his spare time, he loves exploring nature and learning about astronomy. 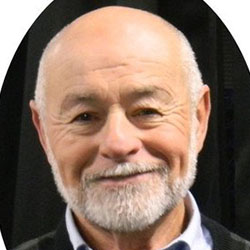 He is a 6-year Naval Officer veteran including service as the executive officer of a river patrol base near Saigon and with Naval Intelligence. Fred is an avid skier and past president of the SAGA North ski club, past commissioner of the San Francisco Gay and Lesbian Softball League.