The rest of the delegation included US Ambassadors from Spain (Duke Buchan III), the Holy See (Callista Gingrich), and Switzerland (Edward McMullen, Jr.); as well as the Special Envoy to Monitor and Combat Anti-Semitism Elan Carr; and the Chairman of the U.S. Commission for the Preservation of America’s Heritage Abroad Paul Packer. This marks the first time an official US delegation took part in the march. Thousands of students from around the world, including 6000 from the United States, participated in the event. 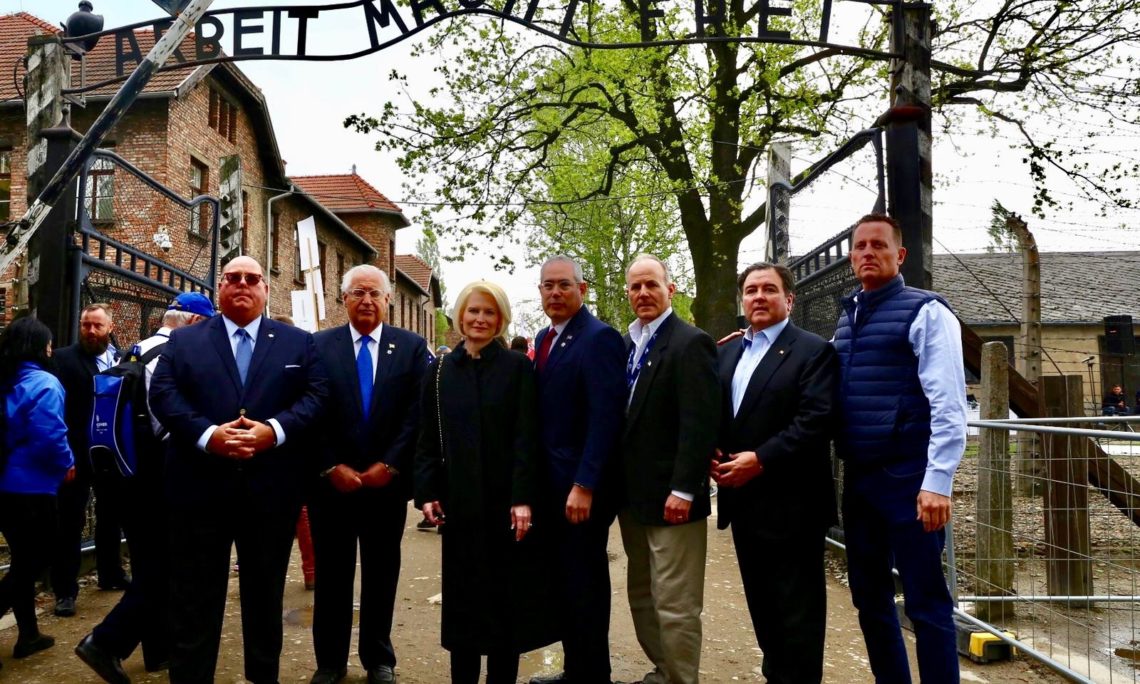 The US delegation to March of the Living